What do you think of this? I’m ambivalent.

The Search For Enlightenment 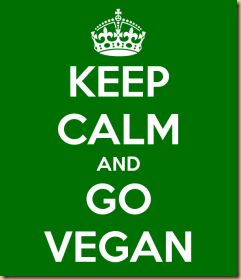 My friend and fellow vegan Juliet defines the vegan practice thus: Veganism is a way of living which seeks to exclude, as far as possible and practicable, all forms of exploitation of, and cruelty to, animals for food, clothing or any other purpose.

Enlightenment is a state in which we are aware of the ultimate truth and meaning of everything. As a Buddhist, I strive for enlightenment and also try to avoid, as far as possible, bringing harm or suffering to any other living creature.

When we are aware that each moment of each day, each gesture and step we take, is truly mystical and full of wonder, we will live our lives with greater thought and care. We will also have greater respect and appreciation for the lives of others.

The two overlap in many ways, and although you don’t have to be Buddhist to be vegan, or vegan…