After you read this interview, you’ll want to see what Charles Yallowitz and I discussed in our video chat on Episode 9 of *CHANGES* converstions between authors: https://www.youtube.com/playlist?list=PLPbfKicwk4dFdeVSAY1tfhtjaEY_clmfq

#Authors, especially those in sci-fi/speculative fiction and who blog, learn more about and get yourself on CHANGES, and
#Readers, recommend an #author to be scheduled as a guest:  https://sallyember.com/changes-videocasts-by-sally-ember-ed-d/  ﻿

The first Friday this month happens to fall on the first. It just so happens to also be time for another Ask the Author, the feature that puts the author in authoritative.

May’s featured author is none other than Charles E. Yallowitz, author of the Legends of Windemere. He also happens to be one of the first authors I followed when I started my blog back in 2013.

Back then he had two books published in his fantasy series. Now he’s up to number seven in just over two years! He makes it seem easy, doesn’t he, but planning and writing a series is hard work. Have no fear, because Charles has plenty of advice about planning, writing, and marketing a series whether your series consist of three or twenty books.

Creating and Marketing a Series 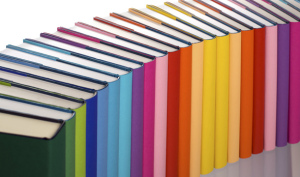 The Legends of Windemere series is a fantasy adventure that currently has 7 books out and is planned for 15 overall. I believe…

One thought on “Ask An Author”