I am not the only one, either.

Fireworks
I could enjoy the fireworks from a great distance and up high, only. Sometimes I could get to my own or someone else’s rooftop or high window and watch from afar and admire the colors without hearing the awful noises: those I could appreciate, somewhat. But, I never forgot, even as a little girl, that these contraptions are supposed to represent bombs and I hate bombs, I hate war, and I, according to my mom and my own memories, have always hated fireworks up close. Still do.

Patriotism
I am deeply disappointed in this country and have been for as long as I can remember. How can anyone around my age (60, born in 1954), whose first clear memory of a President is the insane, lying criminal, Richard M. Nixon, be patriotic?

The USA, in the 1950s, 1960s and 1970s, drafted and then sent millions of my classmates (and they were BOYS) to their maiming, mental health breakdowns, drug addictions or deaths in Korea, Vietnam, Laos and Cambodia FOR NO GOOD REASON.

ALL the “wars” the USA has “fought” since World War II have been nothing but thinly disguised efforts to make some a-holes richer and further the political agendae of yet another group of ignorant buffoons that the people of this country keep electing.

It is shameful, embarrassing and horrible that the USA is STILL DOING THAT today in Iraq, Afghanistan, and anywhere else the war-mongers can stir up enough jingoism to get people to volunteer.

When Barbara Streisand sang “America, the Beautiful” for Bill Clinton’s campaign show, I cried. Not because it was so wonderful or she was so great, and not because I was moved by Clinton (the women-exploiting, lying sack of sh*t). No. I cried because I cannot feel what I wished I could feel: I can feel no pride and no love for a country I have lived in all my life.

Whatever does anyone have to be proud of? What is there to love besides the lands’ natural wonders (the ones we haven’t yet ruined) and the people we already care about?

The USA shows up far too low or is the lowest on the ranked lists, lowest among ALL “modern,” or “Westernized” countries, in too many categories to count. I’m talking about our ratings on handling issues that really matter, like infant mortality, educational attainment (high school graduation), child poverty, racist police violence, racist incarceration, numbers incarcerated, numbers of addicts/alcoholics, gun violence/mass shootings, domestic violence, rape, homelessness: on and on and on.

Aaron Sorkin nailed this problem (our mistaken belief in the USA as the “greatest country in the world”) in the rant he wrote for Jeff Daniels’ news anchor character to give in the HBO TV show, Newsroom (responses start after audience-member’s question at 3:10; Daniels’ actual rant begins at about 4:40): https://www.youtube.com/watch?v=Rpn0vh2Rj0Y or https://youtu.be/Rpn0vh2Rj0Y

Are YOU an American and proud? How? I really want to know how you reconcile the actual dismal facts of this country’s historical record and current terrible policies and behaviors around the world with your desire to be a patriot: they don’t make enough booze in the world to drown out the noise of that cognitive dissonance for me.

Celebrating War
At its core, Independence Day, July Fourth, celebrates the Revolutionary War and the newly formed United States of America’s “victory” in it. As a lifelong pacifist who abhors violence and would avoid it in every case, except as a last resort or best tactic to prevent further harm and death (as in World War II), I deplore all uses of violence and especially warfare.

Scotland recently had a VOTE to determine whether or not it should become independent from Britain. Did anyone consider that option in 1776? I highly doubt it. Maybe it wouldn’t have worked; we can’t know. But I do not want to celebrate the deployment of violent methods to achieve something that may well have been attainable by nonviolent means and certainly was not necessary.

Hundreds of thousands of people died in the USA’s Revolutionary War and subsequent wars of “independence” around the world, due to the USA’s “shining example.” I am as ashamed of all of those wars as if I had started them myself.

I also DO NOT SUPPORT THE TROOPS who currently serve in the USA military, since they serve as volunteers who decided to go kill people the USA and its deluded allies have no business killing, to destroy and steal property we have no business wrecking, and otherwise to wreak havoc in other people’s countries FOR NO GOOD REASON.

These “wars” have NOTHING to do with the attacks on the USA on 9/11/01 and have actually increased the terrorism in the world rather than helped it abate. If you don’t believe me, look at the rise in terror attacks and the growth of ISIS. How else do you explain those?

No one made them go. No one should have volunteered. If no one had volunteered, the “war efforts” would have died in one year or a few months. Truly.

NO ONE should have volunteered. Period.

Why would ANYONE “support” those “troops” and these activities? I really want to know.

The USA’s “image” or “brand” has been “slipping” in the world everywhere but Western Europe for over a decade because of our hypocrisies, torture training centers and usage of torture, pollution and degradation of the planet’s resources due to corporate greed and war-mongering at others’ expense. http://www.pewglobal.org/2014/07/14/chapter-1-the-american-brand/

That is another reason NOT to “celebrate” this country on July 4th.

I Wish…the USA would join the world in better living and cooperation. Start with these:
–Sign the nuclear non-proliferation agreement.
–Provide universal healthcare for all citizens in the USA for free.
–Provide college educations at public universities to all students for free and eliminate/forgive ALL student loan debt right now.
–Sign the reduction in land-mines agreement.
–Sign the reduction in carbon emissions agreement.
–Sign all treaties that attempt to stop human trafficking, sex slavery, child abduction and forced human drug smuggling from occurring.
–Improve and provide housing, alternative health care, better education, enough food and actual public safety (better policing) for ALL our own citizens.
–Model caring, democratic living for the world.
–Stop all forms of discrimination based on religion, appearance, gender, sexual orientation, and other types of social identities.
–Stop all forms of rape, sexual attacks and domestic violence by enforcing the existing laws and making better ones everywhere.
–Reduce child abuse and child poverty by providing more opportunities for jobs and meaningful employment at living wages for all citizens who want to and are able to work.
–Provide free childcare and pre-school to all children.
–Stop all armed conflicts, destroy all mass weapons we own and stop producing them.
–Repurpose the military budget to serve our citizens better (see above). 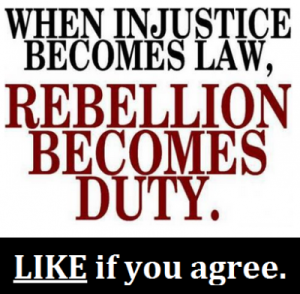 Best to you on this weekend, whatever you’re doing. I wish I could celebrate. Instead, I will meditate on world peace.