I am so pleased to welcome Fran Connor as my guest blogger today. Fran is a scriptwriter/screenwriter, novelist and blogger living in France but hailing from the UK who was my guest on CHANGES conversations between authors for Episode 25.

Fran has several well-considered opinions, which he calls “rants,” that he’s decided to share with us all today. Comment here and send comments directly to his email , as requested.

For more information about how to reach Fran and know more about his writing, or to become a guest 0on CHANGES or become a guest blogger on my site, see below his post.

That’s a title that immediately puts writers on one side of the line or the other, with a few sitting on the fence getting a corrugated derriere.

But we all participate in censorship when we write, don’t we? And if we don’t, should we?

I’m working on a project at present that involves people in the seventeenth century. Rich people. The ones who lived in huge mansions bought with the proceeds of the slave trade.

And I got to thinking about the protagonist. A man of his time. Good to his family. A God-fearing churchgoer. He helps the poor villagers in his English village by providing meat from the deer on his estate during the winter. He provides schooling for the village children so they can learn to read, write and better their chances in the future. He treats his wife as almost equal. ‘Almost’? Yes, almost, because he is a man of his time. And, of course, he’s kind to his dog.

He makes his fortune by shipping slaves across the Atlantic. He’s following his Christian faith; the Bible allows him to deal in slaves.

STOP! You can’t have that. Oh no, no no. How can you have a sympathetic Christian main character who makes his living from slavery? It simply would not be tolerated by many readers of today’s novels usually attracted to this genre. Not unless he “sees the light” on the way to Damascus, and my guy doesn’t see the light. Such characters existed. Perhaps historians could get away with it in an academic tome, but not a novelist aiming at an Historical Romance clientele.

Or, could I get away with it? It may stir up some complaints, and as we know, even bad publicity can be good for sales.

So I will have to make him earn his fortune elsewhere in order not to alienate my readers. I need to censor my writing.

What if I were not to censor my writing and went ahead glorifying a man who chained people in the depths of a sailing ship in horrendous conditions for months? I would probably have rotten tomatoes or worse thrown at me at the book signing!

Sadly, there would be people out there who would love such a character. It would strengthen their racist and bigoted opinions. I wouldn’t want that, so I should censor the piece.

It isn’t a case of being politically correct. It’s a case of trying not to deliberately upset people. I think most of us would do the same: self-censor. Apart from anything else, it would be literary suicide to annoy your readers.

What do you think?

Then we have the horrific depiction of violence against women in many novels, films and on TV. Why? What’s the point?

The point is that it sells. Sex sells. It always has and always will. And for most of us, there is nothing wrong or evil about sex between consenting adults, either heterosexual or same-sex. But, sex mixed with violence is a heady concoction and unleashes the demons inside some readers and viewers.

There are those who would argue that it does no such thing. After thirty-three years in a UK police force, I would argue to the contrary. But I’m not an intellectual, as I have already said, so I suppose one of those would dispute my claim.

Why are we fixated on murder and violence? Have we not come far from the days of Imperial Rome, where a good afternoon’s entertainment was to see men fight to the death or lions eat unfortunate victims? I think the answer to that is: “No, we haven’t.”

I self-censor my sex scenes to ensure that I do not depict women as victims. Many other writers do the same. Some do not.

Most people will be fortunate not to be murdered or not know anyone who has been murdered. It is, thankfully, still a rare crime in most civilized countries. If someone close to you has been murdered or you have been sexually assaulted, how do you feel about the subject being the source of entertainment?

Should the depiction of women as victims or murder as entertainment be censored by the authorities if writers won’t self-censor?

I don’t know the answer to that. Do you?

Please send your views to: francis@connorscripts.com

We all want to see our work hit the number one best-seller target on Amazon, but how far are we willing to go in order to achieve that goal?

Like most authors, I use the various tactics available for increasing my exposure and soliciting reviews. Recently, however, I came across a site that “guaranteed sales of at least one thousand books” if they were priced at $0.99. The cost of this service was $1400.

One thousand sales in a short period will push your ratings quite high. Now I’ve been in this game for a few years, I’m no expert, but I’m no fool either. I can’t think of any way that one can guarantee that one thousand people will buy your book at $0.99. There must be an angle, a catch, something fishy going on. I can’t claim to know what it is, but I would suggest that it could be the use of clever software or simply one person buying one thousand Kindle copies. Would that strike an alarm in Amazon? Again, I don’t know, but I expect that it would.

My point isn’t getting at the supplier. Someone sees a niche in the market and fills it. That’s enterprise. My point is: why would we consider purchasing the service? Because it may lead to more genuine sales and perhaps or possibly or maybe lead to recovering your $1400 outlay?

I suggest that you are unlikely to get any reviews, good or bad, from the alleged purchasers of your $0.99 book. So, is it ethical to use this service? Do ethics have any place in today’s cut-throat publishing scramble?

If you have any views on this, please send them to: francis@connorscripts.com

I saw in late May that the state of Texas decided to execute a man who was in his late sixties after he had served thirty-one years in prison awaiting execution and going through all the legal appeals. His last one obviously had failed. He had been convicted of four murders and may well have been guilty, although that is not always a given.

One often hears politicians and others saying “God Bless America.” On the tenth anniversary of the 9/11 atrocities, I heard President Obama say “May God continue to bless America.”

Makes me wonder why God would bless a country that lacks compassion.

This is just the view of a Brit. You can argue with me at: francis@connorscripts.com

The comments above are those of author and screenwriter, Fran Connor, and not necessarily the views of the host of this blog, Sally Ember, Ed.D.

Fran Connor is the author of: 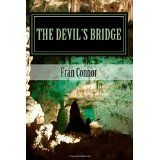 Someone to Watch Over Me

Sophia and the Fisherman

Fran Connor was also my guest on CHANGES conversations between authors, an almost-weekly, Google+/Youtube video chat show, on Episode 25. Watch conversations with my previous CHANGES guests any time: http://goo.gl/eX0D8T

OPENINGS 7/8 and beyond! #Authors, especially those in sci-fi/speculative fiction and who blog, learn more about and get yourself on CHANGES, and
#Readers, recommend an #author to be scheduled as a guest: http://goo.gl/1dbkZV

Thanks for visiting, commenting, following, and enjoying this site! http://www.sallyember.com