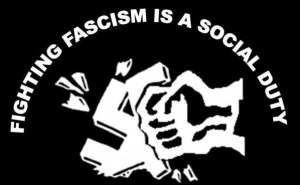 — stealing the election
— nominations that are now mostly approved of incompetent, inappropriate, illegal cabinet nominees
— putting Bannon where he does not belong and is not legally allowed to be and keeping him there, undeterred
— closing down/diminishing the power of protective government agencies, like the EPA
— the Jewish cemetery desecrations (now, 3)
— the bomb “threat” phone calls to Jewish community centers (over 40 in the last 5 weeks)
— the Nazi graffiti and online/TV/radio broadcasts demonizing Muslims and Jews (too many to count)
— the burning of mosques, the exclusion of media from the White House,the travel bans
— the “show me your papers” TSA and border patrol demands to random (targeted) people at many airports and exit/entrance points
— the violence against peaceful protesters and the demonizing of protests
— the ICE raids and imprisonment of the ill, the parents, the elderly immigrants
— defunding/discrediting public schools…
— the erosion of civil rights
— the attack on reproductive freedom
— the demonizing of LGBT individuals
and so much more.

These are all test runs, folks. And, so far, they are getting away with it all.

If too many citizens ignore these first 6 weeks of horrific #notmyPresident’s actions, if too many of us get “activism” or “compassion” fatigue, if too many get scared, if the privileged crawl back into private and protected bubbles (only coming out to protest when we personally are affected), the fascists will certainly escalate… and we’re all doomed.

This is the Hitlerian/totalitarian playbook, page by page, unfolding all around us.

I am 62 years old and partly disabled. BUT, I am seriously considering buying boxes of adult diapers, gallons of water and dried food so that I can stay in a long-term sit-in, chaining myself to a government office doorway or stairwell, until these attacks and this fascist regime are DONE.

Or, what? Welcome ideas, here. Petitions, marches, whatever we’re already doing is NOT ENOUGH.

Featuring wondrous writings and phabulous photos. It's probably quite nice if you're feeling a bit down.