Yizkor is the Memorial Service recited four times each year during #Jewish Holiday Services and it happens this week for Yom Kippur.

Want to learn more? “My Jewish Learning” is a great website for the curious or Jewish-estranged/ignorant: http://www.myjewishlearning.com/article/yizkor-the-memorial-service/

Many people light a special, 24-hours-burning yahrzeit candle each year to commemorate the anniversary of a loved one’s death and most Jewish people light one tonight, the Eruv (evening before) Yom Kippur. 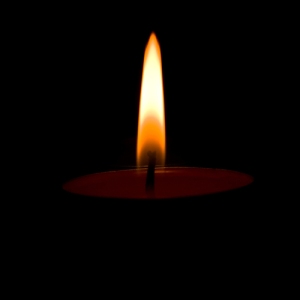 I have not been a practicing Jew for over 45 years, but almost every tradition and religion has ceremonies to honor the dead at least once every year.

In the Nyingma Vajrayana Tibetan Buddhist I am a a part of, we do a daily practice (puja) that includes prayers for the recently deceased (“recently” means anyone who departed within the last 49 days, which has special meaning for Buddhists) and an annual practice for all who have ever died whose karma we pray to improve, during an extended set of prayers and commemorations (a Drubchen). Want to know more? Red Tara (Jetsunma) is the daily puja sadhana (text) and Red Vajrasattva is the Drubchen‘s practice referred to, here. Here is my spiritual community’s (sangha‘s) website, which has a lot of information, including a link to its bookstore, Tibetan Treasures: http://chagdudgonpa.org/

For whatever reasons, maybe because my step-uncle, Jerry Leavitt, died somewhat suddenly (but he was 90 years old…) last week, this week I am especially moved to remember all those I/we have lost, who have passed “too soon” or even those who have had a “good, long life.”


Meg Christian’s beautiful memorial song, “The Ones Who Aren’t Here,” is at 19:45 on this wonderful concert recording from 1983, “Meg & Cris at Carnegie Hall.” Tears and memories abound.

I “recite” some of their names, here. May their memories be a blessing. A”h, z”l, and zt”l

“A”h is short for alav/aleha hashalom, which means ‘peace be upon him/her.’ Alternately, z”l stands for zikhrono/zikhronah livrakha, meaning ‘May his/her memory be a blessing,’ and zt”l stands for zekher tzadik livrakhah ‘May the memory of this righteous one be a blessing.'” (From the above “My Jewish Learning” website.)

Passed later, but “too soon,” from my graduating class or the one before mine (my older brother, Jon’s, class), from Horton Watkins High School, Ladue, Missouri, USA:
Debbie Kean (the sister of two dear Camp Hawthorn counselors; Mike passed before she did)
Elice (Liccey) Bierman (Alan’s sister, friend from Camp Hawthorn and school)
David Ross (my first high school boyfriend)
Jeff Gall (a cousin of my sister, Lauri’s, husband, and in my class)
Joel Roufa (the only kid who punched me in the stomach in grade school)

Passed friends and teachers, taken “too soon,” from the 1970s – 2000’s:
Joan Levinson (the person who most supported and inspired me to get my advanced degrees) (cancer)
Mary Buren (one of my first New Hampshire friends) (cancer)
Marcia Watermolen (my son, Merlyn’s, first Waldorf teacher) (cancer)
David Taylor (fellow actor and star of plays I helped direct; taken by AIDs, in the 1980s)
Cynthia Toth (former housemate, sangha member, friend, my age) (cancer)
Russell Wilfand (one of my best friends at the time of his untimely and sudden death, December, 2007) (stroke)
Jaye Alper (long-time friend and “sister”, of kidney disease, then cancer, April, 2012)
Martha Alsup and Susan Galvin (murdered while on vacation, in their late 30’s)
Iris Markman (Ellis’ mother, theatre/dance teacher at Ladue, also distant cousin of ours; cancer)
“Papa” Joe Richardson (chorus teacher at Ladue; cancer)

My First Buddhist Teacher and the Teacher of my Teachers, His Excellence Chagdud Tulku Rinpoche

If I have inadvertently forgotten anyone, please add/include them and forgive my poor memory.

HUGS to all who have lost someone recently or who miss them, still.

“As you may have heard, there are over 60 fires in Trinity County [northern California, USA, between Redding and Eureka] that began just a few days ago. We are safe here at Rigdzin Ling, but there are fires in very close proximity to us and we are engulfed in heavy smoke. We are preparing for changes that may occur over the next several days if the fires have not been contained. We are asking the sangha to make prayers at this time. Many sentient beings will die from these fires and many people’s lives are at risk.

“Please pray to Guru Rinpoche and Tara. You may do so by reciting “Barchad Lamsel” from Galaxy of Heartdrops, “Jetzun” prayers from the concise daily Red Tara practice, and the “Prayer to Guru Rinpoche to Dispel Elemental Disturbances. [Find prayer here and below: http://goo.gl/yYTRBF or http://chagdudgonpa.org/wp-content/uploads/2015/08/prayer-to-guru-rinpoche-dispelling-elemental-disturbances.pdf]

“We will update our Facebook page regularly for any changes to the conditions at Rigdzin Ling.

“Thank you for your prayers.
In the Dharma,
The Rigdzin Ling Sangha”

YID NYIY T’HE TSOM MED PAR SOL WA DEB OR GYAN JUNG WA ZHI YI LHA MOR CHAY
I supplicate you without any doubt or uncertainty. When Orgyen comes, together with the goddesses of the four elements,

JUNG WA RANG SAR ZHI WAR T’HE TSOM MED OR GYAN PAD MA JUNG NAY LA SOL WA DEB
without a doubt the elements will be pacified in and of themselves. Orgyen Padma Jungnay, to you I pray.

Extracted from the Sampa Lhundrupma within the Seven Chapter Supplication