His Holiness the Dalai Lama’s New Year’s Message for 2017 is included in this article about meditation, mind-training, hope and optimism.
Read, watch videos, be blessed, share:

From Elyane Youssef, writing on another favorite site of mine, Elephant Journal. Subscribe! http://www.elephantjournal.com/

This is a great year to be a #Buddhist, especially in the USA. President Barack Obama met publically with His Holiness the 14th Dalai Lama, the first time any USA president has done so in public since 1959 (when China invaded and illegally began to occupy Tibet, causing the Dalai Lama and millions of Tibetans to flee across the mountains into other countries), which bodes well for work towards liberating Tibet. http://goo.gl/EiP9bj

Tibetans in exile now live in dozens of countries worldwide, with His Holiness the Dalai Lama continuing to serve as their spiritual leader and Sikyong Dr. Lobsang Sangay as their recently elected political leader. 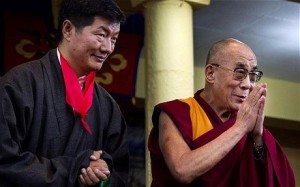 Educated in the West and filled with optimism, Dr. Sangay recently expressed his heartfelt belief that Tibet will be reclaimed by Tibetans: “Success is right in our hands!” http://thetibetpost.com/en/news/international/4497-qsuccess-is-right-in-our-handsq-tibetan-political-leader-sikyong

Chinese government policies are still to imprison, torture, rape, steal from and otherwise oppress millions of Tibetans, taking over more and more land and controlling the government in occupied Tibet. It is a horrible situation which the USA has done little to alleviate, probably because no one has yet found oil in Tibet. However, a glimmer of hope for change appears in some USA 2015 policy statements, such as this one: “…the Chinese government’s failure to address problems in Tibet ‘will continue to be a stumbling block to fuller political and economic engagement with the United States.’” https://www.savetibet.org/us-government-believes-resumption-of-dialogue-on-tibet-is-critical/#sthash.2iIypjg2.dpuf

The two sources, above, http://SaveTibet.org and http://theTibetpost.com, are excellent ways to keep up with the news of Tibet and Tibetans.

For “all about Buddhism,” especially in the USA, I turn to “PATHEOS: Hosting the Conversation on Faith”

Founded in 2008, Patheos.com is the premier online destination to engage in the global dialogue about religion and spirituality and to explore and experience the world’s beliefs. Patheos is the website of choice for the millions of people looking for credible and balanced information about religion. Patheos brings together faith communities, academics, and the broader public into a single environment, and is the place where many people turn on a regular basis for insight, inspiration, and stimulating discussion. Patheos is unlike any other religious and spiritual site on the Web today.

As evidenced by the company founders’ story, religion and spirituality continue to be an important part of American life, with more Americans today than ever before identifying themselves as spiritual. In fact, according to the Pew Internet Project, more than 82 million Americans (and 64 percent of all Internet users) utilize the Web for faith-related matters. The importance of religion and spirituality, coupled with the growing use of the Internet for religious matters, point to the ongoing need for an online resource for religious and spiritual engagement and dialogue. Patheos fills this need.

Patheos is a place to:

Find accurate, balanced information on the world’s religions in our extensive library.
View religious history and facts through unique interactive tools that allow visitors to compare, contrast, and explore religions and belief systems in new and innovative ways.
Participate in the global dialogue on religion and spirituality through responsible, moderated discussions on critical issues across religious traditions.
Read commentary on current events from a wide range of viewpoints.
Follow your favorite bloggers and columnists.
Engage with others from various faith traditions.
Get a glimpse into the beliefs and traditions of other faith groups in a safe and welcoming environment.

I subscribe to the “Buddhist Channel,” but receive a variety of faiths’ updates as well.
“American Buddhist Perspectives” mostly gathered/written by Justin Whitaker, which has this tagline in its logo:
“Buddhism, Philosophy, Ecology, Life, Teaching, Politics: May All Beings be Happy”
http://www.patheos.com/

I get reports via Patheos on small and large “engaged Buddhism” projects, endeavors of individual practitioners and groups of Buddhists to improve life for all sentient beings. These include: raising awareness of climate change; preventing/ending sex trafficking/slavery; reducing extinctions of species; and, many other ecological and political causes.

I also find out: there are fake Buddhist monks panhandling for fake charities in many large USA cities; the revered and much-loved Vietnamese Buddhist teacher, Thich Nhat Hanh, is recovering from his stroke; Buddhism now dominates among world religions, second only to Christianity, in western USA states; what the latest Buddhist publications (books, magazines, online journals) are and what they contain; how feminist Buddhists are awakening interest among other Buddhists for intersectionality (addressing the overlapping oppressions, such as racism, classism, sexism, heterosexism, ageism) and discussing homosexuality more frankly and openly than ever before; what other Buddhist blogs exist and what they are posting about lately; global news relevant to Buddhists.

Where else would I read about a rally in India for Tibetan Freedom that resulted in 100 Tibetans’ being detained for protesting outside the Chinese Embassy on the 56th anniversary of Chinese occupation of Tibet?

How about a great response to Christian TV evangelist, Pat Robertson‘s, absurd claim that Buddhism is “contagious” and that a Christian could “get infected by” Buddhism (I WISH!), posted by Justin Whitaker? 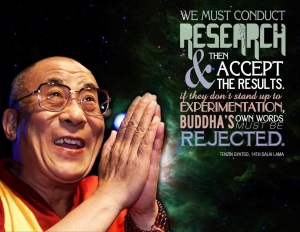 Next, I could read an interview with an up-and-coming “Dharampunx” teacher/leader, Josh Korda; or, watch the beloved actor, Bill Murray, talk about being himself and a Buddhist in a videoed “dharma talk”; then, I could sample USA Buddhist leaders’ blogs and articles featuring stories from their lives, activism, journeys and teachings.

If you have interest in interfaith dialogues, other religions, or more about your own spiritual practices and how they intersect with others’, please subscribe to Patheos: http://www.patheos.com/blogs/subscribe/

If you can afford to, please donate to support Patheos‘ work. It offers ten different religions’ “Channels” and one for general “Spirituality” as well as news, blogs, a publication department, a comparative religions library, internships, newsletters and a “Public Square,” which

…brings people together at the intersection of ‘current concern’ and ‘ultimate concern.’ Beneath the surface of ever-changing news headlines are the big, perennial questions about life, meaning, the divine, ultimate purpose — questions that human societies have always wrestled with. In the Public Square, we connect the timely and the timeless and host conversations about some of the most important questions in life.

What else is coming up? Oh, just a small event…
“On May 14, Buddhist leaders, including the scholar-monk Bhikkhu Bodhi, will join together to present the first-ever White House-US Buddhist Leadership Conference. Sessions for the conference will be held at George Washington University, moving then to to the White House—specifically, in the Treaty Room of the Old Executive Office Building, overlooking the West Wing, in the afternoon.”
http://goo.gl/lNbrcQ