How to do this? Comment on their blog, rank/rate/review one of their books, vote it up on Listmania (Amazon) or Listopia (Goodreads), mention it in your personal posts on social media (Instagram its cover!), ask local bookstores to carry their books, thank them, thank reviewers, thank writers, thank EVERYONE who helps writers! Thanks, from ME, a writer, to all who help me!

Let me say first how grateful I am to each of the mostly self-selected, unsolicited and all UNPAID reviewers, most of whom I never met or heard of prior to their reviewing my book. Each of them gave a lot of their time and consideration and most read (or said they read) the whole book. THANK YOU, Book Reviewers!

I especially thank those who review indie, first-time, ebook authors of sci-fi (hardly any do!).

I am a newly self-published, indie author of mixed genre ebooks. Right there, that puts my book into five categories that disfavor me in the reviews department.

Then, add that my genres are

and that my audience is also mixed:

and we begin to understand how my first ebook, This Changes Everything, Volume I of The Spanners Series, could get a variety of responses and reviews.

To date (about 6 months after publication), TCE has 13 reviews on Amazon and a few elsewhere. These reviews break down roughly like this: 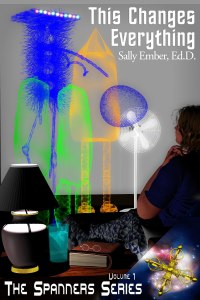 My summary: About one-quarter of these reviewers loved my book (5 Stars); about one-quarter hated it (1 Star). Most reviewers were mixed, with the predominant attitude’s being positive (50% gave it 3 or 4 Stars) rather than negative (no 2-Stars and 25% 1 Star).

What could any author conclude from this? NOT MUCH!

Just to get some perspective, check out some well-known authors’ book review stats, for first volumes or breakout books, on Amazon: Robert Heinlein, J.K. Rowling, and Hugh Howey.

Robert Heinlein‘s Stranger in A Strange Land (his “breakout” and most popular full-length, sci-fi novel, and one of my all-time favorites/inspirations), has about 870 reviews on Amazon for this book. 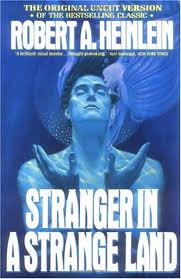 My summary: More than half loved it (5 Stars). About half were less than enthusiastic, with about one-quarter liking it (3 and 4 Stars), and almost one-fifth disliking it (2 and 1 Stars).

What did one of Heinlein’s 1-Star reviewers have to say about this much-revered book? “I know it’s one of the classics, and supposedly one of the best sci-fi novels of all time, but I actually got so bored at parts of this book that I started skimming somewhere in the middle it.”

How about J.K. Rowling‘s first volume of the renowned Harry Potter series, The Sorcerer’s Stone? How is this book doing? It has about 8500 reviews. Unsurprisingly, this book has garnered about 10 times the number of reviews as Heinlein’s (published in 1968).

My summary: Overwhelmingly adored (95% gave it 4 or 5 Stars), this book still has detractors. Even J.K. Rowling, one of the most successful and beloved authors of all time, can’t please about 3% – 5% of these reviewers (1, 2 and 3 Stars).

One of Rowling’s first volume’s 1-Star reviewers who actually reviewed the book after seeing the movies (and was not caught up in slamming its purchase, which apparently was a problem with the Kindle and print versions), wrote: “How did this *ever* become such a phenomenon? I mean, if I think it through I can see why it became what it became but it was definitely not for the writing! The writing was soooooooo pedestrian I found myself embarrassed while reading it!”

What about an Amazon’s “top 10 Best-Selling Author,” Hugh Howey‘s Wool? It has about 1750 reviews.

My summary:Well, these stats start to look more like a mid-way place between my first ebook’s review stats and Robert Heinlein’s, above, don’t they? Howey’s first volume garnered almost two-thirds of adoring (5 Stars) reviewers, but still has about 15% who disliked or are lukewarm about it (1, 2 and 3 Stars), with about one-fifth liking it but not loving it (4 Stars).

One of Howey’s 1-Star reviewers echoed my sentiments about his book (which I couldn’t even finish because I disliked it so much): “Another depressing ‘humans living underground following apocalypse / collapse of society / alien invasion / zombie epidemic, but with a really cruel. nasty plot twist right at the end.’ I had to eat a lot of chocolate to get over it.”

Moral of my post? Appreciate ALL reviews, thank the reviewers, post your own reviews and don’t take any of them too seriously.

Best to you all, authors and reviewers!