“They” have always been around here. #Aliensamongus

Be there to interact with us LIVE 10 – 11 AM EST USA http://goo.gl/A3qPZP or watch another time on YouTube: http://www.youtube.com/watch?v=fZRG5j5fHuo

Just a reminder that the Google Plus live interview with Sally Ember Ed.D will be tomorrow from 10:00 to 11:00 AM EST. Here are all the details: 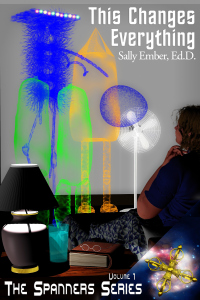 The methodology and research conclusions from this recently published study are astonishing for several reasons that matter a lot to me. Some of you know that I fell last April, breaking my nose and causing a concussion which has impaired my cognitive processes AND affected my ability to meditate enormously. I am all for finding out more about what helps brains heal and work better in us all.

My descriptions and opinions are in this post, linking this research to another recently revealed study on brain functionality. Links to original articles, below.

Test subjects taking part in an 8-week program of mindfulness meditation showed results that astonished even the most experienced neuroscientists at Harvard University.

Researchers found that remarkable positive outcomes can occur after only 8 weeks of being in this meditation course, even though, for about half the time, the learners barely knew how to meditate at all. Individuals meditated for an average of “about 27 minutes per day.”

What were they learning? How could such a brief experience and small lifestyle change have such tremendous impacts?

Simple mindfulness sharpens one’s ability to focus. Increasing the skills related to paying attention, following one’s thoughts or one’s breath are the easiest types of meditation to learn. These are also the most basic and accessible forms of meditation for Westerners because the current version contains nothing religious, almost nothing that feels “cultural,” native to the Eastern countries from which these techniques originated.

In most mindfulness classes (which are not the same as many meditation classes), participants and leaders do NOT bring Eastern “forms” into the experience.

Most mindfulness groups do NOT:

If mindfulness groups use music or musical instruments (drums, bells, horns,”ambient” recorded music), they use them as part of the meditation experience, to set a mood, mark the time or start/stop a session.

Dr. Jon Kabat-Zinn and many others from the Vipassana/Insight Meditation centers have distilled the essence of these beginners’ meditation practices into palatable, sanitized chunks able to be digested in fewer than two months by even the most resistant Western learner. There are now hundreds of books and thousands of resources and settings that you can find that include or teach mindfulness, from the family to corporations, schools, businesses, government and hospitals.

Pain clinics, anxiety/panic and addiction rehabilitation programs, trauma recovery centers and many more segments of the medical and therapy community have been teaching mindfulness without even using the word “meditation” for decades, bringing these techniques to the populations most needing to learn how to deal with strong pain (physical or emotional or both. These participants have been shown (in previous research) to have benefited enormously from mindfulness meditation classes.

What they discovered is brand-new evidentiary proof of the positive effects of mindfulness on the meditator’s brain! Prior to this study, meditation researchers had “found structural differences between the brains of experienced meditation practitioners and individuals with no history of meditation, observing thickening of the cerebral cortex in areas associated with attention and emotional integration” but couldn’t prove these resulted directly from meditation, until this project.

The MRI (Magnetic Resonance Imager) scans showed “before” and “after” films of these meditators who used “mindfulness exercises” for less than half-an-hour daily. Just utilizing this small amount of beginning meditative techniques achieved: “a major increase in gray matter density in the hippocampus, the part of the brain associated with self-awareness, compassion, and introspection.”

If such results can be seen in merely 8 weeks, with beginners, doing the minimum amount of basic mindfulness, imagine what experienced meditators who use more advanced techniques and who meditate for an hour or more per day can accomplish in effecting changes to our brains and therefore, our self-awareness, compassion and introspection?

A related and recent study conducted by Dr. Abigail Marsh of Georgetown University, http://college.georgetown.edu/collegenews/why-do-strangers-help.html , used fMRI scans (functional MRI), which involved asking research participants questions while the scan is operating. She then looked at the differences in the amygdalas in the brains of diagnosed psychopaths (those who have little or no reaction to others’ pain and no moral inhibition against causing others pain) compared to social/community altruists (in this case, those who had volunteered to donate a kidney).

Marsh’s fMRI scans showed that there were marked differences in the size and functionality of each group’s amygdalas, the part of the brain associated with processing emotion, inhibiting aggression and encouraging “helpfulness.” Altruists have larger, better formed and functioning amygdalas.

That altruists would have more compassion, less aggression and more helpfulness can’t be surprising. That their/our brains are physically different is now proven but still kind of awe-inspiring, to me.

The logical next steps from a social change standpoint are to find out if engaging in regular meditation of any type could result in psychopaths’ being deterred/cured, AND if we can foster/enhance the development of altruists as well. What part could mindfulness play?

Meanwhile, if you already know how to meditate in any way, DO IT! Even 5 minutes per day or more short sessions sprinkled throughout a day matter a lot to our well-being, especially to the gray matter of our brains.

If you do not yet know how to meditate, there are hundreds of ways to learn mindfulness and other forms of meditation: online courses, in-person classes (some are offered for credit at secondary schools, community colleges and universities; some are free), workshops, audiobooks, CDs, online forums or chat rooms abound with opportunities.

If you suffer from a medical or psychological condition that could be improved or managed better by the application of meditation techniques, such as mindfulness, many medical facilities now offer classes such as the one mentioned in this study AND many types of insurance now pay for these classes! Ask your doctor or counselor.

Also, many religious groups already have been providing and now offer more types of group learning and individual counseling that include meditation instruction even when the religion is “traditional.” So, if you’re a practicing Christian, Jew, Catholic, Muslim or other mainstream religious adherent, ask your religious community where you can learn to meditate. 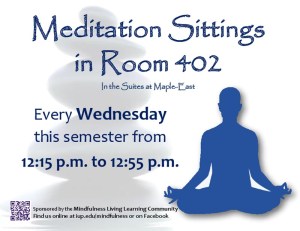 Link to full article about Harvard research quoted in this post: http://www.feelguide.com/2014/11/19/harvard-unveils-mri-study-proving-meditation-literally-rebuilds-the-brains-gray-matter-in-8-weeks/

Link to original article first seen by me on Wildmind‘s site: http://www.wildmind.org/blogs/news/harvard-unveils-mri-study-proving-meditation-literally-rebuilds-the-brains-gray-matter-in-8-weeks