As some of you know, I have been a practicing #Buddhist in the #Tibetan #Vajrayana #Nyingma tradition since 1989, informally, and since 1996, formally (in this life, anyway…). These traditions, as taught to me originally by the late His Eminence Chagdud Tulku Rinpoche and by many of the Western Lamas he ordained, including my current teacher, Lama Padma Drimed Norbu (Lama Drimed, as he is known), include very specific preparations for death which we do as a part of our daily practices as well as recommendations as to how we want others to handle our dying and death processes and manage our dead bodies. 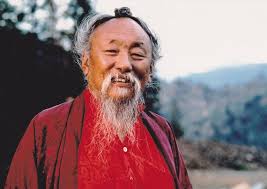 In fact, packets and instructions have been sent to students detailing what to give loved ones, friends, medical professionals and hospice workers–anyone attending our dying process and death event—so that, if we are unable to verbally convey our last wishes, everyone will know what we want to happen (and not happen). These written instructions, which each person can modify to their choosing, have been very comforting and useful for the friends and sangha (Buddhist community) members who have faced this while dying or being around meditators who are dying or who have just died.

Because Buddhists in our tradition (and many others) believe that a recently deceased person’s consciousness stays in or around the body for many days after death (up to 49, but certainly the first 3 – 7, for meditators), most directions talk about not moving or even touching the body (or touching it only in specific places, avoiding touching the bottoms of the feet, for example) in order to help the deceased meditators maintain the meditation and move our consciousness intentionally onward while we are are “in” this bardo period (between place/time, rough translation).

Buddhists have special rituals, such as Sur and P’howa, taught and practiced daily or weekly, which involve visualizations and prayers. We also usually include “offerings” of incense or other burnt substances (as in Sur) and music, such as the clanging of the tingshas (small, heavy ritual cymbals) or ringing of bells, and chanting specific mantras to honor, assist and “feed” the recently deceaseds’ wandering spirits during this time.

To commemorate someone’s death, we also light butterlamps (oil lamps or candles suffice), release animals from captivity who were marked for death (bait fish, worms and prey animals in pet stores, for example), dedicating the merit of these actions to their passing more positively while in the bardo and when entering into their next lifetime. 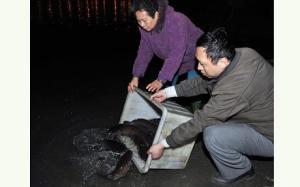 “Taiwanese Buddhists release catfish into a river during a ‘mercy release’ ceremony in Taipei.” image from http://www.telegraph.co.uk

With all of this attention to maintaining the dignity and meditation of the dying and dead person, how/when could one donate organs? Sangha members posed these questions to Rinpoche before he passed and to living teachers, with mixed responses. Some indicate that if you want to be an organ donor, you have to choose to give up your chance to do these practices during and after dying/death. Personally, I think this view is an opinion that could be challenged. However, it is widely circulated.

So far, I don’t know of any sangha members who died who also donated their organs, and several have died in the last ten years whom I knew personally and well. I decided to be an organ donor before practicing Buddhism in this life and I have signed up in every state I’ve lived in since, including my most recent move to Missouri, whenever I get a new driver’s license.

I believe in organ donation because it’s the right thing to do, in my mind. Also, six people I know and love received life-saving organ and/or bone marrow donations. I was tested (but not selected) to be one of those donors about twelve years ago. 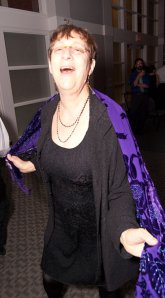 My dear, recently departed friend, Jaye Alper, enjoying her extra years because of a donated kidney.

How do I reconcile being an organ donor with being a serious meditator who does these time-of-death practices? Like this: None of these pre-modern-science meditators ever faced these decisions and dilemmas, so how could they have prepared for, much less taught about how to make organ donation choices?

Also, and I don’t mean to sound condescending, I believe that a large portion of Buddhist tradition and thought, particularly that which comes from Tibet, is steeped in the superstitions, fears and other unsupportable beliefs that pre-dated Buddhism, such as those from Bön. Furthermore, indigenous Shamanic traditions rooted in many Buddhist cultures share these older views.

However, our commitments to practice generosity, be less selfish, try to make others happy, and our motivation to save lives and alleviate suffering are supposed to triumph over fears for all of these faiths. I hope we can agree on donating organs in these modern times.

Most Motor Vehicle Bureaus have a organ donor registration as part of the license-getting or -renewal process. if you don’t drive, find a way to become listed as an organ donor. Get tested to be a live donor by participating in the Bone Marrow registry as well. 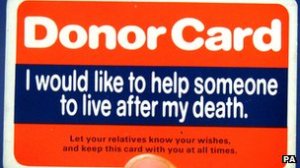 We are all going to die. We meditate on impermanence, on death, every day. We get used to it, as meditators. Let’s do more than become accustomed to death: let’s use it for benefiting others. 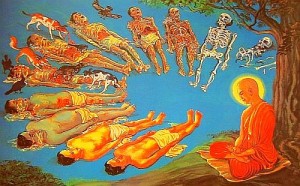 How great it is to live in a time that allows us to gift others with our body parts and help them live better, healthier, longer lives? As we get closer to the USA celebration of Halloween and the Mexican commemoration, El Día de los Muertos (The Day of the Dead), 10/31, how fitting is it to consider death in productive ways?

Webseries, how did you live without it?