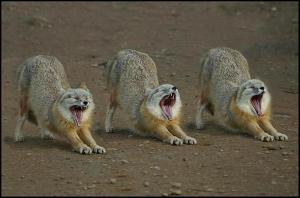 Here are the 15 #Literary #Plots, Devices, #Characters that made my 2014 #Meh List. #Writers/#Authors/#Publishers/#Producers: PLEASE stop using these!

14. Werewolves, shapeshifters, or any human who becomes a hybrid of something as sexy
Lovers who are hairy to the max, with bones bursting through into other shapes, moon cycle problems, clothing issues, ever-present danger and mind-numbing repetition of animalistic and imbecilic behaviors do not serve as candidates for great relationships. Another variation of: “He’s /she’s a psychopath and violent, but I love him/her” that NO ONE NEEDS.

13. Sexual abuse/incest/rape/molestation/personal trauma as the rationale or cause for character traits or plot twists
Yes, these abuses are horrible. Yes, these children or adults have suffered. Yes, I’m sure that, for survivors, it’s therapeutic to write about it. But, it is NOT therapeutic to READ about it for the thousandth time. THERE IS NOTHING NEW TO SAY, here. I’m not unsympathetic and I’m more than a little empathetic. That doesn’t mean I want to read or watch stories with these plots or characters AGAIN. I do not.

12. Addiction/recovery as heroic or interesting
I know I risk the censure of every 12-Stepper who ever pledged to “Take One Day At A Time,” but I’m SICK OF THIS topic. I just cannot view the people who chose to become addicts and then finally decide to stop using as “heroes.” (YES, regardless of whatever story the current mental/physical health industry wants to spin for this decade, the START of this journey for almost all of these addicts was a CHOICE.) Their “journey” is not interesting. Their feelings as addicts or those in recovery are not interesting. Many people with their same backgrounds, chemistry and traumas make better choices. Addicts are not interesting, until they stop using/cutting/gambling/having compulsive sex. Then, we’ll talk.

11. War/battles as fascinating, fun or heroic
War is awful. It is horrible for those who fight in it, it is horrible for those who die or get injured in it. War and battles cause untold injury, damage and tragedy to everyone touched by it. WE ALL KNOW THAT and it’s not fun, fascinating or interesting to ME to see yet another martial arts/special effects kick-boxing/flying show, or more weapons than I can count added to with C.G.I. effects, or any other depictions or descriptions of war or battles in stories. STOP CHOREOGRAPHING FIGHTS, glorifying the military and positioning anyone who volunteers for these unnecessary, terrible wars as “heroic.” Start writing better characters and more interesting stories, please.

10. Terminal or long-term illness, disability or dementia: having it or witnessing it as if it were unusual or interesting and automatically makes the bearer and/or the caregiver a “hero”
Of course, having a long-term or terminal illness in oneself or family is awful. Some people rise to the occasion as bearers or caregivers; some do not. Life goes on. It is no longer interesting, new or entertaining in the least after the tenth book/movie about “my autistic child” or “phantom pain from my missing limb makes me grouchy.” May be educational: make a documentary. Then only the people who need/want to know the gritty details can watch and the rest of us can be spared. Real life is hard enough; everyone suffers. Please stop bringing death, disability and despair to my books or screens, please.

9. Death of a child as the foundation or pivot point
The worst grieving occurs when a child dies. We all know this. There is nothing new to say about it. Marriages falter, friendships wither, people suck. We know. 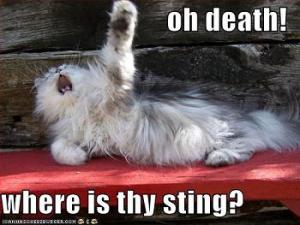 8. “Love” at first sight
After one glimpse, one touch, one word: that isn’t love. Lust, attraction, crushing out, wish-fulfillment, fantasy, sure, but never was and still isn’t love. STOP SAYING IT IS.

7. Bullying/”mean” girls/frat-type hazing as the major problem in a teen’s life until s/he a) develops a super power or b) finds out s/he is magical/royal/superhuman or c) both
Harry Potter and his ilk aside, how many times do we have to see this same plot recycled? Get some new material about and obstacles/miracles among children and teens, please?

6. “Coming out” as the shocking or unique event
Still? in 2014? Please. Even those living under a rock in some remote locale don’t care who’s gay or lesbian, trans or transvestite, any more. Or, not enough for me to care. Come out, don’t come out; it’s not a story any more. It’s a thrift store! 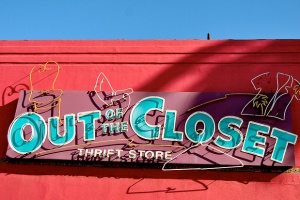 5. Muslims or Islam as the “other,” the enemies, the terrorists
Anti-Semitism isn’t always against Jews; it’s alive and well in most TV and films, targeting/vilifying Muslims, the religion of Islam and anyone looking like or coming from countries that include these religious practitioners. Racist/prejudiced and, worst of all, BORING. Enemies wear many faces, and most actual terrorists are white, Christian males if we’re talking about law-breaking, economy- and environmental- destroyers, socio-pathological and inappropriately powerful, overly-wealthy 1%-ers. Move on.

4. Former USSR folks or Chinese as the “mafia” or terrorists and Hispanics as populating the drug “cartels”
Fact: most of the money behind ALL of these illegal activities comes from and flows back to the 1%. See #5. Stop blaming the middle-men (and they are mostly men). Let’s see more stories about the actual criminals of this planet, please, and not just from filmmakers Michael Moore and Robert Reich!

3. “Meet cute” or “hate” at first sight becoming “love,” especially after being “forced” to a) work together or b) share a small space or c) both
Just so trite, tired and over-done. Right? Find some new material!

2. The “ugly” person is actually “beautiful”
If I see one more montage in which the “friends” help this “uglypuss” overdo hair, remove glasses, trendify wardrobe and stir, I may vomit. And, BTW: size 10 is not “plus” sized and losing 10 pounds doesn’t make anyone look all that different.

1. Women who crave billionaires who use bondage, domination, abuse and sado-masochism and women who consider those to be romantic and sexy: 50 shades of ridiculous
Glorification and presumption of women’s rape and bondage fantasies are THE favorite tools of the 1%. Of course: they’re sociopaths. See #5. Feminists need to rise up against this horrific “trend” in “entertainment” and object strenuously to its depiction of vacuous, disempowered female 20- or 30-somethings who “find their bliss” in being beaten up as “romantic.” BREAK FREE of this and every other oppressive stereotype!